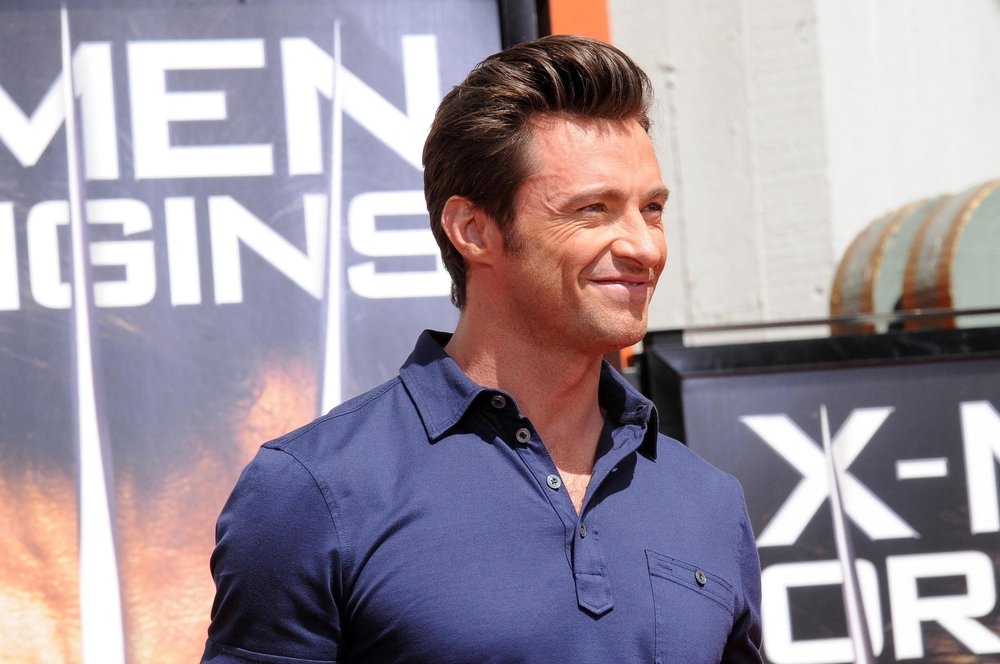 Hugh Jackman is one of Australia’s most successful international actors, starring in many award-winning feature films.

What makes Jackman unique is his intense mental and physical dedication to the roles in which he is cast. From bulking up for his role in the character Wolverine, to slimming down for his role as Jean Valjean in the live-action replay of Les Miserables, you’d have to wonder how he manages his body transformation so convincingly.

By far, the most impressive and explosive body he has attained is for the character Wolverine. It was the Australian actor’s first role in an American film in 1999, and since then he was contractually obligated to keep his body a particular way when a part of the Wolverine franchise. His transformation from the first and last time he appeared as the character is truly breathtaking.

However, his body transformation can’t be completely accredited to Jackman – there was a personal trainer who can be thanked for blessing our screens. Namely, Michael Ryan, who is considered Sydney’s most expensive personal trainer, cashing in for around $350 an hour.

The National Strength and Conditioning Association conducted a survey of prices and found the cost of hiring a personal trainer is $50 an hour on average. While bulking up for Wolverine, Jackman splurged approximately $3000 for 6 day-a-week training sessions that involved 3am starts, cold showers, 100kg squats and 280kg leg presses.

He would go to the gym twice a day, clocking in 3 hours of exercise a day – if you think that sounds grueling, Jackman claims it’s not even the most integral part for transforming your body. According to him, exercise only accounts for 30% of what your body looks like, and the remaining 70% is all up to your diet – following the meaning behind the widely-popular saying; you are what you eat.

Following this strict exercise and diet regimen isn’t even the most outrageous act of dedication to enhance how he appears on-screen.

And if you’d like a reminder of how effective all this dieting and training has been, you can see a clip of The Wolverine here.

Whenever he has a shirtless scene as Wolverine, he follows a routine that involves 3 months preparation. Once the date of the scene is known to Jackman, he follows his strict diet and exercise routine, then increases his water intake to 10 litres (3 gallons) of water per day until 36 hours before shooting the scene.

In those 36 hours leading up to the scene, he deprives himself of consuming any liquids – with the process being called dehydration. He claims to lose around 4.5kg of water weight during that time, which allows his muscles to be as prominent as possible for the scene.

Apart from Jackman’s convincing and moving acting ability, his dedication to fully embodying the character’s physique makes the viewing experience all the more exhilarating.

The next time you find it difficult to find the motivation to either go to the gym or get outside to just be active, think of the extensive pain but the spectacular gain Hugh Jackman experienced. Surely, that’s all the inspiration you need.

But what if you can’t afford a $350 an hour(!) personal trainer? One way in which you can start to work on the body transformation you’ve always wanted is to work-out at home on a rowing machine. For our comprehensive guide on these all-round exercise machines, you can read more here.

And if body transformation is harder on your muscles than you were expecting, maybe you should invest in a massage gun to ease some of those aches and pains, or merely to loosen you up pre-training session. For everything you need to know about this must-have exercise accessory, you can read more here.

Best Cardio Exercises (aerobic workouts you can do at home)

Bodybuilding Supplements – What a Professional Takes!