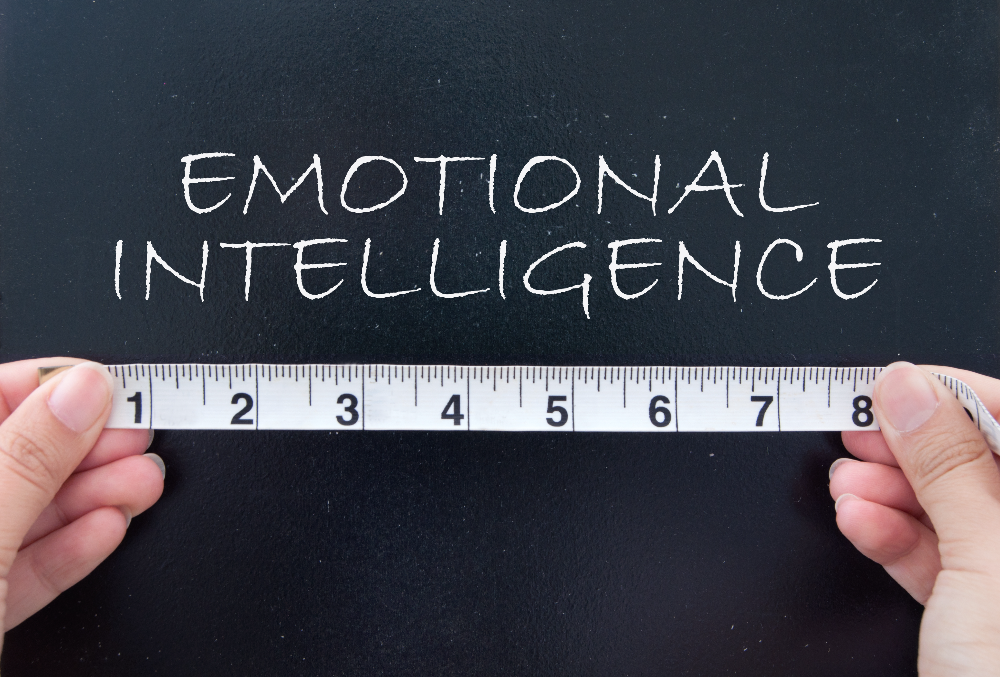 While the world of sport is still coming to grips with emotional intelligence, it is hardly a new idea.

People have always been impressed by athletes who can ‘switch on‘ to perform consistently and effectively. They would be described as being tough, composed, having a good mind for the sport or the right psychology, being emotionally in control, or just being determined and focused.

Nowadays we recognise that these athletes are highly competent when it comes to emotional intelligence (EQ).

Having high emotional intelligence in sports is about being able to control emotions and pull out peak performance when needed.

How difficult would it be to teach ourselves to do this? Is it possible for both coach and athlete to develop their emotional intelligence in order to improve outcomes?

This article looks at the theory and application of emotional intelligence in sports.

To put it simply; emotional intelligence is being able to identify, assess, and manage your own emotions or the emotions of others. It is otherwise known and referred to as emotional quotient or EQ.

Just this cursory understanding of emotional intelligence should pique the curiosity of any ambitious health professional. It should be apparent how potentially beneficial improving EQ could be for sports performance.

Emotional intelligence can be defined as:

It’s like being able to hit a strong first-serve in tennis; some people have an excellent level of skill, some people are beginners, and there are plenty of skill levels in-between.

There are four quadrants to the emotional intelligence framework, as laid out by Daniel Goleman:

As you can see there are 18 competencies in all. Studies from around the world have shown that leaders must be competent in six core areas in order to be effective.

Being a sports coach is similar to being a leader in the wider world. Both leader and coach play critical roles in influencing the success of their teams and charges. It thus makes sense to apply the leadership model to assist in developing effective coaches.

The following are the six core areas for being an effective leader and understanding emotional intelligence:

As you can see, half of those six critical aspects for emotional intelligence in sport come from the Self-Awareness quadrant. The other three are reliant upon having strong self-awareness as well, emphasising how important it is for you to be self-aware.

The necessity of self-awareness in sport is obvious, whether you’re an athlete, a coach, a referee or a manager. This is why we firmly believe in using self-awareness tools such as the CoachDISC and AthleteDISC profiles from Athlete Assessments.

Self-awareness is one of the cornerstones of developing emotional intelligence in sport. Self-awareness is your own understanding of yourself. Self-awareness means being aware of your strengths and weaknesses, along with how to your sports performance is affected by behaviors and emotions.

Developing our self-awareness helps us recognise specific triggers behind particular behavioral and emotional responses. As we develop our self-awareness, we start to choose the right behaviors for encouraging consistently outstanding performance.

Self-awareness is also needed to communicate effectively and build interpersonal relationships, as well as for developing empathy.

These profiles measure not just your own perception of yourself, they also offer the chance to invite other people to give you feedback on how they themselves see you in your role and sport.

Recent studies on creating quality sports performance have suggested that self-awareness is a critical component (read this Canadian Olympic study on the coach-athlete relationship for more).

Self-Management and Emotional Self-Control in Sport

The Self-Management quadrant is home to all the vital aspects of Emotional Self Control.

Developing competency with this is necessary for athletes and coaches alike. This competency is what separates star players from others that, while good at their role, lack consistency in their performance as they get lost in the moment.

Emotional Self Control in sport is being able to control the emotional impulses that cause you to perform poorly, while also creating emotions to increase performance. It is also the discipline to know when to do these things.

For example, watching an athlete performing badly may make you frustrated, but are you able to take your frustration – through emotional self-awareness – and turn it into a productive emotion before interacting with the player?

Think about it and ask yourself if you are able to create an emotional state that will allow you to perform at your peak.

Do you even know that state? These are examples of emotional self-awareness and self-control.

And if you’d like to know more about how to develop your your emotional awareness and build your fitness mindset, please see here.

Social Awareness and Empathy in Sport

One of the most critical components of social awareness is that of empathy.

When it comes to being an effective coach, empathy allows a coach to ‘read‘ their athletes; to gauge their thoughts and feelings, and to respond as appropriately as possible.

Coaches who lack empathy make unreasonable demands of athletes and miss cues that athletes are disengaging. When athletes become disengaged like this, it’s hard to get them back in the game. They could be there physically, but they’re a world away mentally and emotionally.

Empathy involves noticing subtle signs that come before both good and bad performance. 75% of improvement is about being self-aware of the need to improve, how to improve, and putting together a strategy to improve.

Influencing Others and Managing Relationships

For fitness professionals, personal trainers and team coaches building a relationship with clients and athletes involves understanding what makes them tick. The kind of coach that builds a close relationship with an athlete is able to do so because they develop trust.

Trust is usually rooted in a genuine understanding and comes from learning how to treat (and coach) athletes based on individual needs. This shows the athletes that you value them and makes them feel important. If someone feels important, then they are more likely to be involved and engaged in their sport.

When an athlete trusts their coach, it allows the coach to influence them. Influence doesn’t mean telling athletes what to do, rather it is being a role model for the behavior that you want them to exhibit.

Influencing someone means they willingly follow you, which gives them ownership of their actions. They choose to follow, rather than feeling they have to.

When a coach lacks influence, the best they can do is direct athletes.

As athletes gain experience, they start to resent how they are being directed. When a manager of a business directs experienced employees like this, they are accused of micromanaging.

Over-managing is one of the most dicouraging issues that can happen in business and causes employees to quit. The ‘boss’ destroys any opportunity for generating discretionary effort, which is a critical indicator of an engaged workforce and a predictor of future success.

The same thing also happens in sport. Don’t forget that people are people!