The Evolution of Strength Training 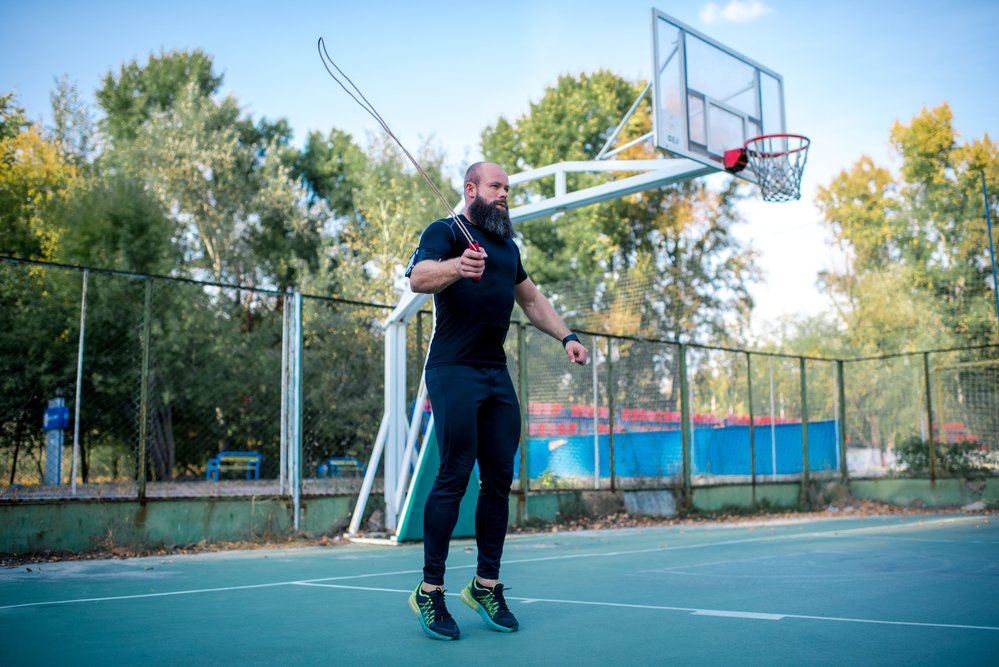 It’s time to challenge legacy perceptions behind the purpose and practise of strength acquisition.

There is an old saying that if it ain’t broken, don’t fix it.

The saying is based on a perceived model for continual success and most successful sporting teams will tend to live by this motto in the hope of continuing to repeat the outcome.

But sooner or later, if things do not change, other teams start doing the same as them and copying their methods, or evolving to a different, innovative approach whilst the ‘successful‘ team remains stagnant and resistant to change.

This phenomenon has been termed the ‘inertia of incumbency‘ and you see it in business as well as sport.

So, should coaches and trainers adopt methods that have been used in the past or should they become innovative and research new, different methods that science has suggested will work?

Sadly, more often than not, people stick to the tried and true methods of the past and are reluctant to look at ‘new’ untried and unproven approaches..

But really, the world is changing, so why shouldn’t trainers and coaches evolve too?

The Case for an Evolution in Strength Training Methodologies

This article will look at the evolution of strength training, how it affects training and why it can affect performance and end-goals.

These principles are applied to all age groups and both genders, but have a greater effect at the senior and elite athlete levels due to their complexities and the level of focus and expertise committed to training.

According to Websters dictionary, strength is defined as: the quality or state of being strong: capacity for exertion or endurance.  Power to resist force: solidity, toughness.

Strength is one of the major components of fitness that helps teams and individuals to be stronger in attack and defense and have superior sporting prowess compared to the opposition.

Strength influences the ability to finish on top, and thus, is applicable and relevant to all sports.

Strength is Important but Not Everything

Most of the time these changes place higher demands on the body to perform, so some type of physical change needs to be implemented or the body plateaus and gets injured.

For me, as a professional coach, the questions are – ‘why do people train the way they do?‘ and ‘how does their training affect their sporting and fitness outcomes?‘

Strength training has been around for hundreds of years. It can be traced back as far as the ancient Romans and Greeks, who tested their soldiers for strength and fitness before going into battle. It carried over to the Olympic Games, where feats of strength were tested and competed for.

The early belief was that strength equated to physical superiority and seeing bulging muscles was often interpreted as fitness.

In the early years of coaching professional and semi-professional sport, most coaches focused on the skills required to play the game and what they could do to bend the rules and still stay within them.

In the early days one coach was responsible for everything that happened on and off the field.

Nowadays most professional sporting teams have a head coach, a strength coach, a speed coach, a rehabilitation coach, a pre-season coach, a nutrition coach and even possibly a boxing or wrestling coach the list goes on.

Teams continually look for any edge or advantage to assist them in their performance.

Common assumptions in the fitness and strength industry have traditionally centred around the concept of acquiring strength and power by training in the gym. There exists a belief that to get stronger, you need to hit the gym and pump the weights.

The ‘no-pain, no-gain‘ philosophy has been instilled into trainers everywhere and, unfortunately, is still adhered to by a great many coaches (even those in professional sports).

However, this approach does not compute when training young athletes.

The Case for Functional Movement and Training

The evolution of strength training was originally based on an aesthetic value. When gyms evolved in the late 1950s and early 1960s, the trend was to pump iron, and new machines were designed to mimic the body and create different ways to resist body weight by increasing intensity through an overload of cables and weight stacks.

This created hypertrophy, or muscle size, as athletes continued to load up the body. The muscles looked big and strong because they were trained individually as a single muscle group in isolation and loaded through a certain range of motion.

This made the muscles grow and be strong through a select and defined range of motion. However, the direction in which these muscles were pushed and trained was not indicative of how the body moves and performs in everyday life and sport.

Athletes and gym addicts were getting stronger for aesthetic reasons, because of the prevailing belief that if the muscle looked big, it would be strong.

Today research tells us that nothing could be further from the truth. We now know that the body works as a unit, not as a collection of individual muscles. We must have the neurological loop initiated and the kinetic chain linking these movements together or the muscles will not work in the way we demand them to.

So for many years, function, movement and athleticism were sacrificed for sheer size and visible strength.

It is true that athletes do require weight training for strength or they will be weaker than their opposition. However, secondary characteristics of fitness must be integrated into training programs to ensure that muscle imbalances and weaknesses are not developed because the athlete only trained in one line (or plane) of movement, or in a way that is not used in the sport they play.

If you would like to know more about functional training and how it can be complimentary to strength training (particularly in younger athletes) see here.

To create a better athlete or sportsperson, we need to focus on the ability to move better and more efficiently, to be more agile and faster, to be balanced and to shift the body as a unit, not as one muscle.

Athleticism must be created in programs so that athletes ‘own their position‘ through strength in attack and defence.

This should be achieved by incorporating:

This type of training produces bigger, faster, stronger and smarter muscles that match many of the demands of sport.

Sport has high-energy demands and requires development of the anaerobic energy system. Too much muscle hypertrophy reduces speed, agility and the ability to make quick decisions or get in a position of ownership in attack or defence.

Unless a balanced approach to resistance training and strength acquisition is undertaken the body will only be strong and focused in a static position or in the range of motion that the body is trained in.

The key to success in sports is the ability to beat your opponent (even in team sports) in the one-on-one confrontation. It is this moment that creates the game-breaking play (such as the goal scored). This is why we need to train our young athletes in sport conditioning rather than strength acquisition.

Thankfully, the concept of strength training has evolved and the best trainers have evolved too.

The good, successful coaches of today spend time developing speed with agility drills. They work with full-body integration, creating power from static planes and developing these into multi-directional movement patterns.

To generate speed and power there must be force momentum that follows through with the movement; without this it is just momentum.

The goal is to build athleticism and thus build a better athlete by improving the physical tools that they need to be successful in executing the skills, strategies and tactics required in sport.

An athlete with better body awareness has more physical confidence and can perform better under extreme pressure. The key to longevity in sport is to perform injury-free. Keeping the integrity of muscles and joints is also critical.

Sport conditioning has the ability to translate into other areas of life, including schoolwork, because it promotes greater concentration and attention-focus.

It can also foster teamwork and the feeling of belonging, as well as improving communication and interaction skills.

It is important with children, therefore, to develop and encourage exposure to various sports in order to mould their basic movement skills and challenge their abilities through age-appropriate drills but most of all, to keep things fun.

If you are a fitness professional and would like tips for putting together a successful outdoor training (bootcamp) program, see here.

If you are a beginner and would like tips on starting out with strength training have a quick read here.