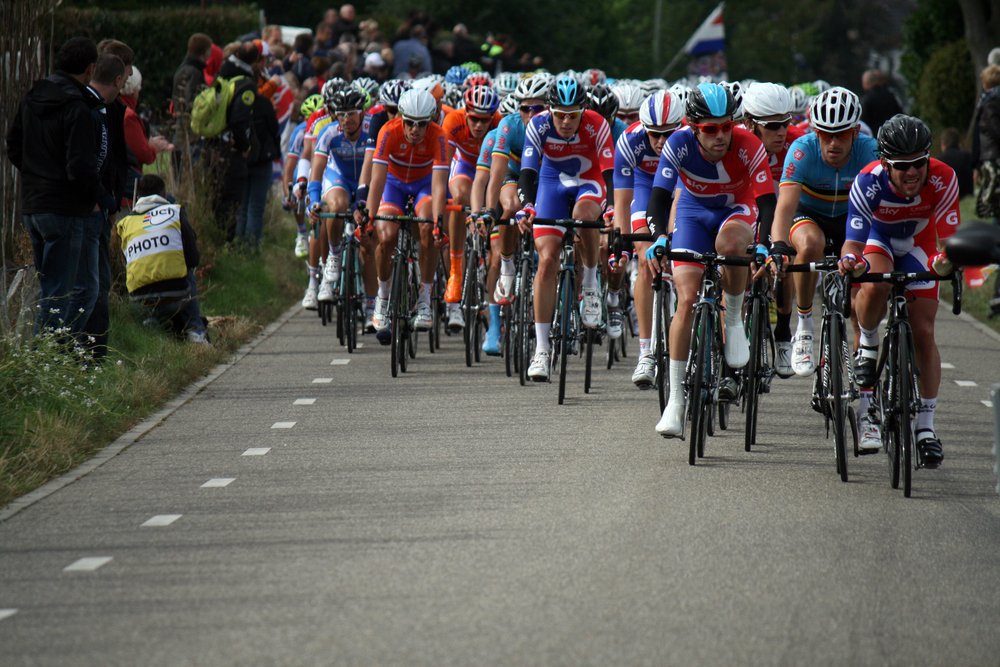 It’s that time of the year again and for cycling fanatics it doesn’t get any better than late nights watching The Tour.

I frequently get questions from friends who know that I am a cycling fanatic about how to get the most from watching the Tour de France.

They tune in, get entranced by the spectacle and colour, but cannot understand many of the intracies, customs and details that makes the Tour so special. Questions I have heard include:

“That sprinter has won the last three stages, but he is not coming first?”, “If the guy in yellow is the leading rider, why isn’t he riding off in front of every one”, “They all have to ride their own bikes, why is this a team sport?”

So, in a fairly shambolic order, I will attempt to add some clarity to the spectacle:

The Tour is really a number of races all at the same time. At any time, any rider or team could be motivated by any of the following.

The yellow jersey is the race for overall, simply add the finishing time of each rider every day, lowest time at the end of three weeks is the winner.

This is slightly complicated by the concept of ‘bunch time’:

Say a group of 30 riders cross the line all in a group. It may take 15 seconds for them all to cross the line, but unless there is a discernible gap between them they all get the same time.

This is for safety reasons, to stop 200 riders all trying to cross the line at the same time. It would be chaotically dangerous.

Just to be confusing, the overall competition is often referred to as ‘GC’ or General Classement.

The green jersey is the points jersey. You get points for winning or placing, the amount varies according to the type of stage. Nothing to do with time. Usually for sprinters. There are also points available at certain places during a stage. Designed to add extra excitement.

The polka dot jersey is the mountains jersey. Same concept as the green jersey, but the points are all available at the top of the hills.

The teams prize is the same concept as the race for overall, but you add the times of the first three riders in each team on each stage.

First frenchman. It is their race, they don’t win much these days, but there is a lot of local glory and adulation for the highest placed rider in the overall.

TV time. The teams are sponsored by big multinational companies, who pay for exposure in the media. You will often see ( particularly the smaller and less successful teams) trying to ride away from the rest of the group just to get their jerseys on TV.

If you understand this bit, everything else will fall into place.

A rider who is riding close behind another rider uses about 20-30% less energy than the guy in front. If the rider is sitting in the middle of a fast moving pack, think more like 40%.

Because of this a group of riders who take turns riding at the front (and sharing the draft behind) can ride much faster than a single rider or small group.

Now bear with me for a second. Imagine you are in a roller skating race. But whenever you are in front, the other racers can grab onto your shirt and get pulled along. Drafting is a lot like this.

If you want to win your race, there is no point just skating at the front the whole way, the others will save their energy and just pass you at the end.

So one tactic is to share the time on the front with the others and then try to sprint faster at the end. Another tactic is to try and catch the others by surprise, accelerate quickly and cause them to lose their grip on you.

In cycling, this is “attacking the bunch” You try and sprint away from the other riders and get a gap so that they do not benefit from drafting behind you.

If you find it hard to understand drafting, go for a fast bike ride with a group one day. Once you have experienced it, it all makes sense. And remember, the faster you go, the greater the effect.

The mountains take away the drafting effect (mostly) because you are travelling slowly (relatively).

So in the mountains, how fast you go is more determined by your power to weight ratio than the drafting effect of a large group. That is why the GC (see above) riders are often seen trying to win the race in the mountains.

The most important mountains are the ones at the end of stage, particularly with an uphill finish.

Why? If there is a long way to ride after the mountain on the flat or downhill, the drafting effect becomes important again and the pack you left behind on the uphill may catch you before the finish.

Normally you get a drafting effect by riding behind another cyclist.

If there is a strong cross wind, you get the best draft riding behind and to the side of the cyclist in front. So you end up with a diagonal line of cyclists across the road (called an echelon. I don’t know why, it just is).

Now put the scenario with 200 riders on a narrow road and you can imagine you run out of room. So the poor guys at the back don’t get the full drafting effect, have to use more energy, and may not be able to ride fast enough to stay in the little bit of draft that is available.

Then there is a ‘split’, the riders at the back get ‘dropped’, and the riders in front may ride away.

Now you understand drafting, it should be apparent why a team is important. Say you are a big name rider in with a chance of overall GC victory, and your closest rival attacks and escapes by himself on a flat stage.

Do you chase after him yourself? No, you let your teammates ride at the front of the group to pull him back (remember, a large group can go faster than a small group).

You sit in behind, save energy (while your rival is using heaps) and then attack him in the mountains the next day when his team is less effective at chasing you down (see above).

But teams are also important in the mountains. If the big name rider gets hungry or wants a drink while climbing a big mountain, he sends one of his teammates back to his team car to fetch lunch for him.

If he gets a flat tyre, his teammate will give him his own bike! This is all possible because his team is strong enough to still have riders with him in the big mountains.

His rivals with lesser teams will not have the same options. Their team could be considerably weaker and have riders that have dropped off the pace or retired from the race. Their leading rider may have to use energy fetching his own drinks, and if he gets a flat, must wait until his car can get to him.

In a three week race, the winner is often the person who uses their energy most economically. A strong team is essential for this.

It will become apparent that there are different roles within a team.

GC rider – a rider aiming to do well in the overall results. Usually the big stars.

Sprinter – a rider who tries to win from a large bunch, usually on flat stages. May aim for the green jersey.

Domestique – literally, a “helper”. Will ‘work’ (ride on the front, or in the wind) for the teams sprinter or GC rider. Will fetch drinks and food from the team car. A worker bee.

Opportunist – usually on smaller teams, a rider who will try to get in the breaks to try and win a stage.

There are lots of unwritten rules in cycling. They often relate to safety, or to the concept of ‘there but for the grace of God go I’.

If a rider breaks etiquette, another motivation can be added to the list above: we’re not letting that guy win because we don’t like him.

Phil Liggett and Paul Sherwen were the SBS mainstayers for many years. Boy, we loved ’em.

Their boundless enthusiasm for the sport brought new fans into cycling culture every year. But they were not without their gaffes.

Imagine trying to enthusiastically report and comment for 3-4hrs, often when nothing is happening, every day for three weeks. They were prone to both repetition and exaggeration.

I can recall during a time trial “the riders are expecting to top 60km/hr in this downhill section”. Later in the broadcast, it crept up to 65, and by the time the favourites where coming through at the end, an over-excited Paul was prediciting 70-75km/hr!

Boy, we loved ’em and their oft repeated gems:

“He’s reaching into his suitcase of courage”

“Bridge to engine room asking for more power, but there is no more power”

“He’s dancing on the pedals up this climb”

Unfortunately, in December 2018 Paul Sherwen, one half on the long-time duo (and a very talented cyclist in his prime) died at his home in Uganda. We all miss him greatly.

The pre ride show on SBS

If you are genuinely watching the Tour de France, do not watch under any circumstances. Appalling cooking segment that belongs on SBS at 10am on a Sunday. Interviews with riders and race identities that always result in the interviewee wearing an expression of “I can’t believe he just asked that, but I’m on international TV so I had better be polite”.

If you would like me to explain something from the telecast, please drop a line in the comments section. 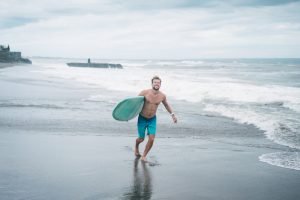 Goal Setting for the ‘new’ You

The importance and efficacy of goal setting for people trying to get fit and lose body fat cannot be overestimated. We all use goals all the time for 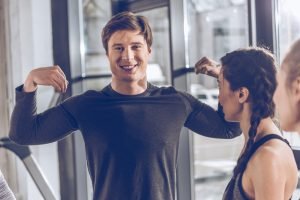 Considering hiring a personal trainer? Or do you prefer exercising with others? When asking yourself the question ‘Should I choose group exercise or personal training?’, there are a 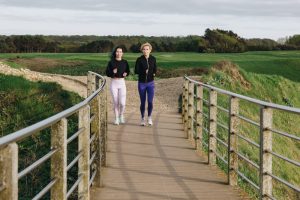 Greg, a NSW fitness trainer, laments the common excuses he hears and the worrying inactivity he sees… Do you consume fast foods like McDonalds, Hungry Jacks, KFC, and